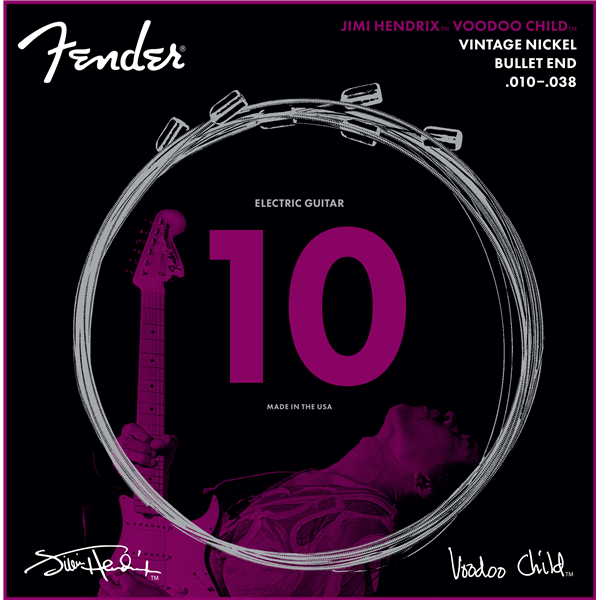 Most orders placed before noon ET ship same day (except weekends and holidays).

Jimi Hendrix was a true innovator who set the world on its ear with his creative style and inventive guitar tone. While many have assumed over the years that Hendrix achieved his tone primarily through effects pedals and amp mods, he had another trick up his flared-linen sleeves: a heavy-high, light-low string setup. Specifically, the E, A, and G strings were lighter, and the high E, B, and D strings were slightly heavier. This unique gauge setup helped to create that “slinky” sound Hendrix was known for. Now you can get that Hendrix tone with the Fender Jimi Hendrix Voodoo Child Strings.

There are no reviews yet. Be the first to write one!

Stay Connected With Us:

Select the fields to be shown. Others will be hidden. Drag and drop to rearrange the order.
Click outside to hide the comparison bar
Compare
Compare ×
Let's Compare! Continue shopping